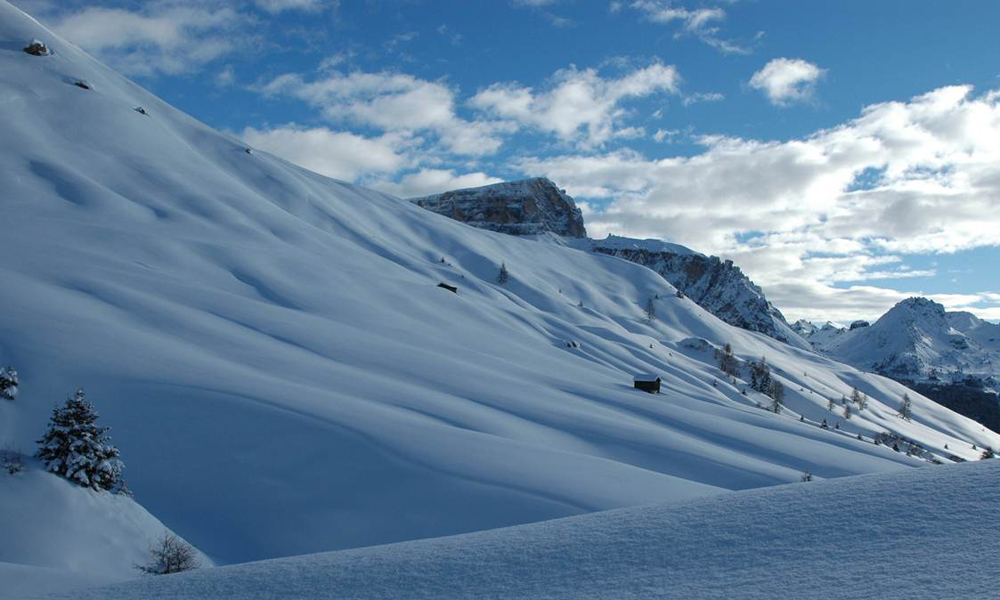 Уровень 2
Pozza is one of the most attractive and well-equipped resorts in the Val di Fassa. Two distinct ski areas are located on opposite sides of the valley: on the one hand, the Ciampedie - Catinaccio ski area, with access from Vigo and Pera, a hamlet of Pozza (Pozza is located between these two towns), and on the other hand, the Buffaure ski area, with direct access from Pozza by cable car. There are 16 km of red slopes, including the "Panoramica": its 6 km long track runs from 2.050 m of Baita Cuz Refuge, down to Val San Nicolò, and then back to the cableway station. Two chairlifts allow the connection between the Buffaure and Ciampac areas: a single ski carousel, with 18 slopes that unfold for 31 km, served by 13 lifts. (It is part of the Panorama ski tour). From Col de Valvacin you go down to Val Jumela and then up to Sella Brunéch. You end up on the Ciampac basin tracks and along the walls of the black slope of almost 3 km, which reaches Alba di Canazei; from here you can take the skibus that connects with the Campitello - Canazei ski area. From here you can take the ski bus that connects with the Campitello - Canazei ski area. You can also continue towards Belvedere, Col Rodella and the Sellaronda, in the Dolomiti Superski carousel. From the hamlet of Meida there is the "Skistadium Alloch", two breathtaking slopes (one black, the other red) served by a chairlift, but not connected on skis with the rest of the area, illuminated by day for night skiing. It hosts the training sessions of the Italian alpine ski team and of other national teams and numerous competitions of the European Cup and the Junior World Championships. Located on the outskirts of the village, the cross-country center has 3 rings for 10.5 km: an easy one, a medium circuit illuminated also at night, a more challenging track that goes towards Mazzin along the Marcialonga route. For children from 3 years of age, in Fraine, in Pera di Fassa, there is the "Park Bimbo Neve" of the Vajolet Ski School of Pozza.